Revolutionary protests of the 21st century

Revolutionary protests of the 21st century Rebellion and protests and mass movements have forever been a means of voicing displeasure and expressing dissent while collectively working to achieve such aims that reflect sometimes the interest of a particular nation of people and at other times the common good of the entire world. Whether political or social, economical or environmental, global or national, protests have persisted as perhaps an ironically ‘egalitarian’ sign of being a way of deliberately inviting the consideration of a greater consensus as regards specific issues. And while this mode of pursuing an agenda that satisfies interests and aspirations and needs while making for a wider encompassment of the whole notion of dignified living for all is no phenomenon of the modern times, protests still do enjoy as much significance and possess as much power today as they have done in times that have passed. In fact, continuing into the new millennium and the new century protesting masses have become far more common a force to reckon with, specifically with the perpetual prevalence of a greater range of mediums through which they can function. The emergence of the digital indeed has helped in furthering the cause of many a protest movements of the recent times even as physical participation and collective effort continues to be as effective in commanding the call for justice and righteousness to prevail. What has emerged out of this myriad way of continuing revolts and protests is a far more strengthened movement of expression that raises a voice against all kinds of oppression, manifesting themselves in the 21st century as a number of globally popular occurrences that sure would go a long way in the history shaped since the turn of the millennium. Outlining some such instances of protest movements that have taken place in recent times- 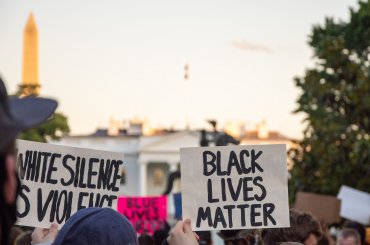 Probably the most breakthrough global public movement that has sought to counter the increasing instances of racial violence in the 21st century is the Black Lives Matter movement. Though protests against racial injustice and violence particularly took centerstage through the movement during the 2020 George Floyd murder that took place in the U.S., the movement and its ubiquitous associated slogan embarked on the horizon way back in 2013 under the BlackLivesMatter social media hashtag. Following the death by shooting of African-American teen Trayvon Martin in 2012 and the acquittal of the accused George Zimmerman, marches and rallied were held across the United States as were shows of digital solidarity that had the movement emerge in its prominent identity. In 2014, two other African- Americans namely Michael Brown and Eric Garner were killed in two separate incidents of altercation involving the police leading to street demonstrations throughout the country that resulted in a nationwide recognition of the movement.

As a broader political and social movement that actively protests against all forms of police brutality and racially motivated violence against black people, the Black Lives Matter movement has grown over the years but achieved particular momentum in 2020 when police action led to the death of African- American George Floyd triggering a series of continuing protests in what has been one of the largest movements in the country’s history. Today an international movement that has found resonance in various countries around the globe in diverse but related capacities, the Black Lives Matter slogan as well as its significance as an expression through means of protests has caught up along different dimensions making it one of the defining happenings of the 21st century.

Another international movement that arose out of the globally alarming phenomenon of increasing intensity of global warming as a fall out of the rapidly deteriorating climate crisis, Fridays for Future is a collective of school students who skip their Friday classes to participate in demonstrations demanding actions to be taken by world political leaders to mitigate the growing effects of climate change. Carrying out its agenda of demanding climate reform from world leaders, the movement has been brewing in some form or the other since 2015 but it was only in 2018 when Swedish environmental activist Greta Thunberg held a protest outside the nation’s parliament with a sign that read “School strike for climate” that the movement has had its more formal inception. Coining the slogan FridaysForFuture, Thunberg captured worldwide attention, inspiring school students all over to take part in such strikes. In tremendous response to this call for protesting for the sake of the planet’s and their own future, 2019 saw the participation of more than one million strikers in 2,200 strikes organised in March across 125 countries even as the ensuing Global Week for Future in September that year witnessed likely the largest climate strikes in world history.

A parallel digital movement centered around the idea of making climate activism accessible to those who did not have physical access to it also had its beginnings in 2019 in the U.S. and went on to receive further steam the following year when the outbreak of the COVID 19 pandemic facilitated the continuance of the digital strike. Encouraged by Thunberg herself, the Fridays for Future digital movement has since been engaged in a series of campaigns aimed at raising awareness of various climate justice issues. Supported by scientists and academicians and various other professionals from different walks of life while largely criticised by politicians and the schools themselves, the Fridays For Future movement has managed to command the world’s attention to reflect on a real issue of grave concern, earning therefore Thunberg and her initiative the Amnesty International’s 2019 Ambassador of Conscience Award as a hugely impactful series of protests that has come to mark the times of the current millennium. As a peaceful sit in protest that began in the Indian capital of Delhi in late 2019 and continuing till early 2020 till the coronavirus pandemic called for a halt on all things ‘public’, the Shaheen Bagh protests has been a really intricate series of expression of dissatisfaction by women. With non violent resistance at the core of the movement, the group of mainly Muslin women blocked a major road at the city’s Shaheen Bagh area soon after the passage of the controversial Citizenship Amendment Act that had already led to many such outbreaks all across the country. But at play were also other related issues involving both social and political aspects like police brutality, unemployment, and poverty, and women’s safety that led a group of some 10 to 15 local women blockading a six lane highway around the Muslim dominated neighbourhood before gaining further impetus to grown into a larger sit- in protest.

Notable in its active participation of students and children, and indeed in its essence carried forward by women who cumulatively managed to shape what has been one of the longest sit-in protests of this magnitude against the CAA, the protests managed to covet global attention as several esteemed international journals hailed the beginning as new revolution of sorts. Even individual identities managed to shine out of this whole facade of tumultuous protests that garnered extended support over the months that it spanned out. Most notable of them would be the octogenarian Bilkis Dadi who was at the forefront of the protests and whose inspiring role in the movement that defied all conventions of age and gender earned her mention among the Time 100 and 100 Women (BBC) in 2020 while being named “Woman of the Year” in The World’s 500 Most Influential Muslims for 2020.

Also significant were the protests deemed as ‘historic’ in its witness of ‘participation’ by children who employed art as the medium of their expression, with the protest area itself transforming into a veritable gallery of protest art that spoke through murals, graffiti, posters and banners even as a reading area was also worked out along with a cultural and musical event for a protest of a manner that had been unprecedented in its wholesome vibe and mass appeal.

Of 2018 origins is also another global movement focussed on the environment, that which goes by the name Extinction Rebellion. Emerging from the United Kingdom as a nonviolent civil disobedience movement that aims to incite government action to tackle a host of problems plaguing the heath of the planet earth, the movement urges the world to act urgently and immediately to tackle climate breakdown under its encompassing of the extinction symbol, drawing inspiration from a number of related and unrelated grassroots movements that have characterised the world at numerous points of time in history, particularly a range of civil rights movements that persisted with non violent means of disobedience to achieve their definite end goals. Another tactic that the movement’s supporters and activists work upon to draw attention to their utmost demand of ecological and climate restoration is its acceptance of arrest and imprisonment, something that also have permeated the folds of a number of civil disobedience movements of the past that the Extinction Rebellion has modelled itself upon. Yet another method of protesting that the movement has adhered to over the times of its activism is the use of noise as evident in its slogan “Sound the Alarm” that it raised during the 2021 G7 summit. As a movement that claims to be ‘beyond politics’, furthering instead the singular goal of environmental protection through compelling the government to action to avoid tipping points in the climate system, biodiversity loss, and the risk of social and ecological collapse, Extinction Rebellion is fast shaping up the growing environmental consciousness of a 21st century world.

A part of the Hong Kong democracy protests of 2014, the Umbrella Movement emerged as a response to the proposed reforms of the Hong Kong electoral system that were interpreted as restrictive and for demands of conducting a more transparent general elections. Carried out as a series of sit- in protests, the movement took its rather unrelated name from the use of umbrellas by protestors to protect themselves from the pepper spray used by the Hong Kong police as a means to disperse the crowd. Supported by university students of the region the protests also witnessed global solidarity as rallies in favour of the movement took place in some 64 cities all over the world in front of Hong Kong trade missions or Chinese consulates. Non violent civil disobedience was the principle on which the movement set about to achieve its goal of real universal suffrage by overturning China’s decision to rule out full universal suffrage in Hong Kong as well as about its protests of the police’s handling of the events even as the adherence of the protestors to politeness and tidiness as well captured worldwide attention. Considered very much a student movement that saw a noticeable shift in the region’s perceived political scenario, with youths experiencing a political awakening and most notably young females emerging forward to take leadership roles in society, the Umbrella Movement had been most recognising of its young spirit in its many artworks and installation that has come to occupy special significance within the realms of where the protests worked out. Achieving its direct end of stalling legislative reform in 2015 when the Legislative Council rejected the government’s electoral reform proposal, the Umbrella Movement also have had lingering repercussions for the political scenario in Hong Kong having stirred the later independence movement that broke out in this special administrative region of China.