Friends, foes and everyone in between

Friends, foes and everyone in between 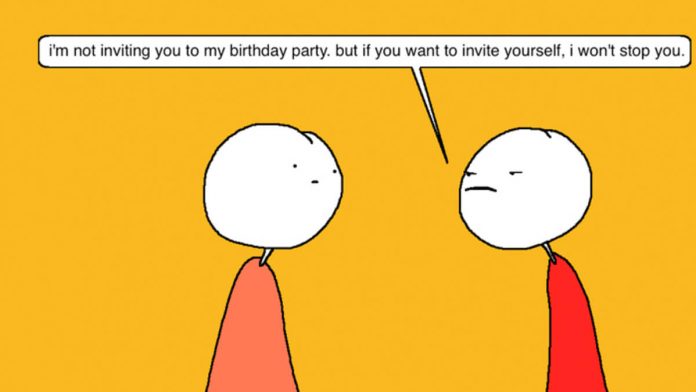 From the perspective of a human life lived in terms of one relationship or the other, it indeed is certain that each one of us of the human race have an affinity for other beings, mostly people, sometimes others. Whether that be through fostering of a bond that appeals to us by virtue of its intimate context or the flourishing of connections that persist by means of kinship and blood lineage, relationships are an all encompassing sigma of the many dimensions in which the human being resides- of the emotional, of the biological, of the physical and certainly of the social. While not every relationship we build throughout the course of our lives comes to be as important to us as some of the others, there still dwells in every chord struck a certain life lesson, an integral value that helps shape our experience of this entity through which we live. Whether that string of attachment is one dipped in the amber hued golden realisations of life or is bound by tattered strands of bitter encounters, all relationships still continue to linger on in their essence through our lives, long after they might have been shunned.

In this continuing essence of relationships, while every bond harbours through it a feeling of emotions unique to itself, the most dynamic of bonds that we perhaps would ever nurture is the one we share with our friends. A unique realisation, one that sustains through shared feelings of care and concern, love and affection, even romance, understanding and compassion, while building all along on set premises of fun and joy of the good times in life, friends are a form of life’s worthiest blessings, one that rests in an understanding of you sometimes not even your own self can afford, and one that believes in you and prods on to your goals, backs you up when you feel down, forever correcting you in your wrongs and celebrating in those instances of goofy characterisations that is what defines so much the fun filled spirit of friendship. But what if this bond so cherished, this affection so coveted, pursues instead its links to you with intentions that aren’t really right, if not downright malicious at least, deriving secret ecstasy in your every failing and raising a toast at your every misgiving, even when pretending all through to be there with you, consoling in your sorrow and and erupting in your happiness nonetheless, but only as a show of what they intend you to buy in as generous gestures of genuinity? Aren’t these ‘friends’ of yours then, not more likely to fit in the profile of an enemy in the fact that they celebrate their success in your harm and squeal at delight at every misfortune that befalls you? Indeed therefore, there exists a term to refer to such friends and the entire breed of them that is friend and enemy all in one. Deriving as a portmanteau of friend and enemy is the very essentially oxymoronic coinage of ‘frenemy’, that which originates probably from the Mitford sisters but appeared in print courtesy American gossip columnist Walter Winchell whose 1953 Nevada State Journal article titled “Howz [sic] about calling the Russians our Frienemies?” is the first documented usage of the paradoxical word.

Despite its ‘legacy’ of more than half a century, the concept of frenemy has really evolved only since the mid 1990s when perhaps notions of human relationship descended to be more skewed than ever in the history of the human existence, for reasons far ranging from one another. Today though, the frenemy is not a single entity who just loathes you like your typical enemy; they rather are more concerted blocks of budding negativities who are envious of you, are overly competitive with and over interested in whatever you might be doing, manifesting at times as passive aggressive assertion of a whole gamut of conflicting emotions, by instigating you at times or hurling themselves at you in other instances, creating what might classify as some sort of a love- hate relationship, minus perhaps the associated intense experience, persisting rather in ways that while might be subtle sure are steady enough even in their contrivance, to come across as showy. Somewhat appallingly though, despite frenemies being a universal encounter, all the more common in today’s world, the term itself is more often attributed to females, whether wrongly or rightly though is a matter that cannot really be ascertained. In being a paradox residing in dualities, it only is natural that comprehending the enemy like attributes of someone who tries so hard to come across as a friend is never a matter of easy judgement, part the reason why so susceptible we tend to be to this universe of ambivalent people doing the rounds in our lives.

Often a times, frenemies might be open to interpretations as a fake friend and while the two concepts might be inclusive of one another, they are not necessarily one and the same. Fake friends might not harbour any feelings for you whatsoever, neither taking interest in your doings nor consciously attempting to sabotage your lives. Frenemies though do all of this and much more, by gossiping behind your back and spreading mean rumours about your person, by attempting to pull you down every time you manage a leap, by insulting you matter-of-factly but meaning all that they say and do in spirit, by being inaccessible in your times of need while eliciting all from you in their times of dire straits, by consciously pushing you onto the wrong path, and by being really mean to you in whatever way, they might even be the greater evil of the lot.

Surprisingly though, despite such malicious ways of furthering their interests of resentment and loathing and all sorts of negativities, your frenemies still needs to be held in cherished esteem by you! That’s perhaps a drawing from the friends aspect of them, that they claim to be, even when in the negative vibes and all the unreal aura of them, you end up exasperated enough to claim not to have anything to do with their kind. But wherein realistically resides this feeling of supposed fondness for the frenemies in your life might be within yourself. As human beings, we often are prone to error, more so in our judgement of other people because there isn’t really any fool proof means of poring deep into hearts and gauging true emotions. Which is why we might sometimes end up wrongly considering someone as our frenemy based on their attitude towards us when in reality it is their very nature that leads them to behave as such. Think about it this way- their way of revealing the truth they see about you might come across as an insult to your being but what these folks might in fact be doing is just stating the facts blandly, working upon which you can therefore embark on a journey to better yourself. Or even in intentionally wanting to pull you down, your frenemies might push you to a good by challenging the limits of your enduring capacity. Consider also that friend cum enemy who is always trying to do herself one up in the undeclared competition against you, goading you therefore to bring about your best even when that might not even be the basis of her incitation. In cases such as these and the like, even frenemies tend to remain true to the friendly aspirations they seemingly harbour, whether by chance or by choice, but lending you a world of good that isn’t sometimes yielded by hearts that genuinely have your best interests in consideration.

Beyond this play of the contrasts in helping develop your personality, willingly or otherwise, frenemies also come to manifest their ‘importance’ in our lives in another rather interesting way. Even when it might come across as an inappropriate entertaining of flimsy pretexts and contexts, one cannot deny the excitement that such people who do not deign it beneath themselves to speak untrue of others bring into their lives. In the rumours and gossips they speak, our frenemies can provide a lighter diversion from the sober mundanities of life. While indulging in baseless talks of others might not be very virtuous of itself, and therefore something we choose to not indulge in, there still arises at time the urge to sit back and listen, as a means of unwinding from the day’s stress, if not for anything else. The frenemy might also sometimes be a source of much needed distraction in your life, someone you can rely on to seek momentary respite from the taxings of life, if only you are as careful enough as well to not let yourself slip away in front of them in all your vulnerabilities. It ultimately depends on you, how you choose to maneuver your way out of this sometimes toxic, sometimes cathartic bond of friendship that indeed dwells in all the dual paradigms of relationship existence. As a life experience that stresses you out but also affords you a certain luxury of nonchalant existence, that delivers a dose of negativity only for you to find out that you counter it the best with your positivity, frenemies can be as essential in your life as your long term friends. If only you know how to deal with them effectively, by allowing inroads into your life only as deep as that cannot derail your peace, by making yourself accessible only to the extents that do not let them the freedom to intrude into your personal space, by choosing to take only the learnings you want to and not the experiences you have been bamboozled with, you can as well boast of being almost the best friends with even your frenemies!