Emotions emanating from the melodies of the Bhawaiya

Emotions emanating from the melodies of the Bhawaiya An eloquent medium of expression, an essential exaggeration of the myriad musings that life comes meaty in, is music that which speaks to the soul, articulating within it every single strand of stupefying mysteries of what sums up the occurrence of our beings. Call it the literature of the heart or the universal language of love, a panacea for woes or a respite from the mundane nature of life, there is something about music in its every element that feels like therapy and medicine, happiness and peace, life and laughter all at once. And while all genres of music and indeed all categories of it have that same calming effect, one that resonates with even the most exclusive of emotions that we might be nurturing, there is a different kind of peace you come to dwell in, within the limits of musical pieces shaped by adages closest to your identity, reverberating through every inch of your being as if it were some part of your shared aspirations, only even aspirational, inviting you to a trance like state of existence where you are still on your own, but better still, in the realisation that your pathos and sorrows are not just yours to mourn, nor are your joys and desires just entities where you wander about all by yourself, lost in the virtue of their greatness, discovering rather the bliss of a camaraderie shared in profound realisation of the true pleasures of togetherness, among folks like you, with those people you come to cherish as ‘home’.

Such dynamic elaborations about the music we profess as magic might sound utterly surreal, removed therefore from the realities of a world more naive of its humbleness, or of an existence dwelling essentially in the most simplistic awareness of life. But because music permeates the entire range of the human identity through an entire range of its forms, there still would be some love ballad for every heart to leap at or some crooning desolate enough to writhe your soul in a familiar pain, each way however rendering you even closer to the awareness of yourself as someone very much human. Within this ambit of a conscience that recognises the commonplace chattering of the human existence are wherein lies the dimension of a specific type of folk music, one stemming from your own experiences of everyday occurrence but still phenomenal enough to have the world spellbound with its recurring fleet of lending the feels.

Shaping up from the common experiences of common people dwelling in the most common of circumstances is a form of folk music, ordinary enough to classify as ‘working class’ music, yet revealing in its chords a motley of emotions, ranging from love to despair, encompassing a consciousness pertaining to the society still however lyrical in its understanding, that which is simplistic as such but persists instead in the range of complexity that the human emotion effortlessly embraces, as an expression of the yearning for love, hinging all the while though on a simulated build up of intense emotions, to deliver in totality a ‘gaan’ that is but a heartfelt speakout of the nuanced, yet essential and inevitable longings of life. Bhawaiya gaan or bhawaiya is a genre of folk song, wafting its mellifluous melodies from the immaculate heartlands of North Bengal and Western Assam, from a point of time deeply entrenched in history. Believed to have originated in Northern Bengal, especially Rangpur Division of what is present day Bangladesh, Cooch Behar and Goalpara districts of the states of West Bengal and Assam respectively, in India. Sung in the Kamrupi or Rajbongshi language of this region, these bhawaiya gaans, or songs, dwell in the pathos of something very universal, translating deftly as a stirring pouring of everything emotional, held however in reality by the muses of its spannings, from which they draw their vortex of conflicting confluences, of the repertoire of their deepest desires residing in the heart. 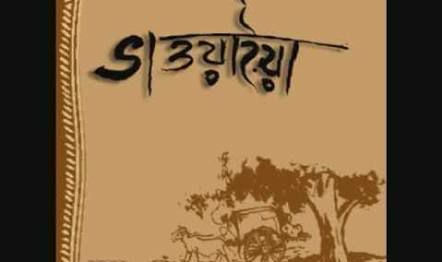 As a plaintive ballad narrating tales of a love intertwined with the lores of loss, bhawaiya gaans are residents of a fulcrum of existence not any diversive from the typical notions of what the tunes of a love filled medley of melody should entertain. For there isn’t anything so remarkable or equivalently so despondent than the endearing account of men and women falling in love, bound as they are by destiny, residing as they do in the same sphere of an existence in society as well as in culture, albeit marginalised but nevertheless still entitled to the palpable riches of life, in all glory. So rooted are the melodies of the bhawaiyas in emotions that they have even taken their name from this surge of the hearty feels that define them, deriving supposedly from the term bhaw that which itself means emotions, all of them in all their explicitly worked out diversities. Conjoined also however are other basis of this nomenclature, one that attributes the word bao or breeze as the premises on which bhawaiyas came to be. Drawing a parallel therefore to the pleasant blowing of the wind that characterises so much the romance of Bengal, this is an interpretation that is closer to its former version.

One much different view exists though, that which considers Bhawaiya to have taken birth from bhawa, that refers to low-lying land with shrubs and other vegetables, where buffalo keepers used to graze their cattle on such lands while singing this genre of folk songs, very much embedded in their identity of the space they colloquially encompassed. With recurring figure of these buffalo herders or mahishals, as well as other similar classes of social identities like elephant trainers or mahouts and cart drivers or gariyals, these songs of longing and love, bound together by the common experience of the pangs of separation and loneliness, and therefore of a peculiar sense of loss, have been this flow of the melodies continuing since at least the 16th century, when they first came to be, during the rule of the Koch king Vishwa Singha. With its muses residing in such aspects of existence that toils in natural environs, it therefore is only natural that nature is the predominant element that characterise Bhawaiya gaans, apt only for such music strummed within the extent of a region characterised by its frequently flooded verdant plains, crisscrossed by bodies of water revered and celebrated, in religion as well as in culture, permeating therefore the realm of the folk and the traditional in existence, residing in a love for all things that define the beauty of the world, in their simplistic renderings of charm, however ordinary but still delightful, from which can stem only the magic of love and nothing else.

While love persists across in all forms and manifestations throughout the tunes of what defines the Bhawaiya gaan, traditionally it had been the theme of forbidden love, underscored by certain erotic passions, that was often central to this genre of folk music that emerged as a representation of the pathos and desires of the womenfolk of their communities. Looked down upon therefore in earlier times, the songs evolved though to today being sung as heart rendering accounts of love in all its hues, with even their structural composition symbolically alluding to the loneliness of the ordinary woman, of whom it paints a picture of in all her aspirations for the emotional bondages of life. Despite the female predominance though, at least in expressing the deepest desires of the soul, bhawaiya songs were traditionally presented by the male folk, to the accompaniment of the dotara, a two stringed, plucked musical instrument indigenous to India, that which remains one of the mainstays of this genre of folk music till date, even when times have changed and female voices are no stranger when it comes to mellifluous rendition of these songs. The legendary Pratima Barua Pandey, a National Award winner from Assam had been particularly instrumental in furthering these lores that draw from tales of daily existence, as had been Ayesha Sarkar of Cooch Bihar and Ferdousi Rehman of Bangladesh in bringing to the fore the beauty that dwells in the simplicity of them, both in theme and tone, interesting in the interpretation of the underlying notion of biraha, loosely embodying of heartbreak, worked out through the typical break of the singer’s voice.

Equally significant had been Abbas Uddin Ahmed in popularising Bhawaiya gaans which, despite their prominence as a stimulating mode of deeply seated emotions and longings of the heart, plays out also in another mode, this time of comic relief, embodied therefore in a faster paced deliverance called the chatka. In focussing on the light hearted aspects of life through exploration of daily conflicts so typical of husbands and wives, chatkas are a definite diversion from the melancholic notes of which bhawaiyas are so identifying in. There exists even a third type of these songs, that is a intermingling of the themes and tunes of both even as the bhawaiya sometimes embarks with its diversity on the realms of the spiritual as well.