Divorces in and of history

Divorces in and of history 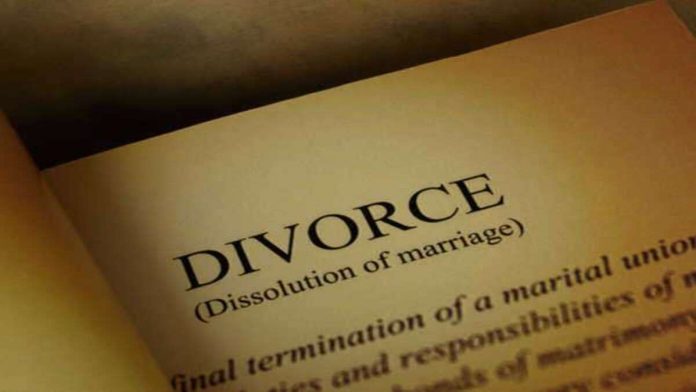 With the Bill and Melinda Gates divorce emerging as another of the high profile marriage breakups in recent history, coming not so far on the heels of what had been one of the most expensive separations acted out between Jeff Bezos and former wife MacKenzie Scott, we concern ourselves with this realm facilitating the romantic split between partners. Divorce, or the dissolution of a marriage, might be only a fairly new liberty allowed in practice lawfully with perhaps the first ever exercise of this sort of walk out from an institution considered as sacred as marriage facilitated in 1670. But despite the liberal, modern notions that are believed to have governed the coming into effect of this arrangement in matrimony, the basis for divorce finds roots in times rather ancient.

Ancient Athens seems to be the progenitor of this allowance of marriages to dissolute in rather liberal terms, with either party involved in the marriage to initiate one. In fact, so ‘in faith’ of the spirit of marriage had divorces been held in the folds of the associated Greco Roman culture that a certain maxim of  “matrimonia debent esse libera” (“marriages ought to be free”) came to represent this freedom of which marriages need to stem. Though divorce within the ambits of the law was still not something that was adhered to in all formal iterations of it, it was still common for marriages to break up even then in Rome, with wives simply taking back their dowry and leaving the husband’s house in a simple way of walking out of the folds of unfulfilled matrimonial bliss. Divorces perhaps were occurring as early as 604 BC or even before that, with surprisingly little shame and stigma attached to them, something even the modern times of today, residing in societies self proclaimedly advanced, has not been able to do away with sufficiently. Such divorces that were carried out in accordance with social norms were acceptable and quite common as well by that time, even when other accounts attribute divorce to be a ‘phenomena’ of only the 3rd century BC, emerging in 230 BC when “Spurius Carvilius, a man of distinction, was the first to divorce his wife” on grounds of infertility, even as other grounds that could form the basis of divorces in those times were such factors as adultery and drunkenness, or even for making copies of the household keys! Soon thereafter, in the following century to be precise, women also began encompassing this power of being able to divorce their husbands. Source: The Firm For Men

That said however, the oldest codified law in the history of divorce dates even way back, to 1760 B.C. in Babylon during the reign of King Hammurabi. Some 282 laws were carved onto stone tablets that which included the law on divorce, allowing for a rather simple means for a man to dissolute his marriage by simply stripping the wife of all recognitions, followed by payment of a fine and returning the wife’s dowry. In case of women seeking the divorce though, they were required to file a complaint to obtain the same. Adultery was introduced as a breach of the grounds of marriage and therefore liable to be a factor of divorce by Emperor Augustus who made provisions for the same in the Julian marriage laws enacted in the 18 B.C. The oldest divorce document available dates back also to the era before Christ, precisely during the times of King Ahmose II in Pharaonic Egypt that enlisted the laws and consequences of divorce in demotic script as well as the method used in drafting its document.

In the new era that dawned after a couple of centuries since then, that is the A.D. period, divorces came to see less popularity with Christianity largely taking over the world in the west as the Church did not advocate the break up of marriages even when it would be permitted lawfully. In fact, so rooted had been the belief of the Church in the indissolubility of marriages, except in some really rare cases, that “one of the most charismatic rulers to sit on the English throne” Henry VIII broke with the Catholic Church to secure a divorce with his then wife Catherine of Aragon, who had failed to provide him with a male heir. Initiating therefore the historical turn of events that was the English Reformation, the King broke away with Rome in 1533 and declared himself the head of a new church, the Church of England and went on to marry Anne Boleyn that same year in what however was a second marriage, succeeding the couple’s initial secret wedding a year earlier. The divorce with his first wife too was not the only annulment of marriage that Henry VIII would pursue in his lifetime. As he went on to marry a total of six women in his life, he managed also to effect two divorces, perhaps no less of an ‘accomplishment’ given the grounds on which he set about doing so. But most remarkable of all was this unprecedented move by a royal, that which largely set the precedent for divorce to take the modern course of the current times, effecting also divorce reforms in the 16th and 17th Century of England and Wales. 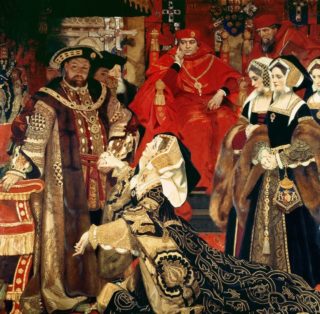 During that same period of time roughly, when it was the Edo Period in Japan, the country allowed men to divorce their wives by letting letters of divorce but imparted no such power to the women. A separate arrangement was in place though for the females whereby they could gain sanctuary in certain Shinto ‘divorce temples’, after three years of which the husband was required to divorce her, making for quite an unusual manner of taking proceedings forward for a certain identity of human folks who enjoyed only limited power in this respect. Divorce notes were also common in China during the Tang Dynasty under its namesake legal code, even as there also prevailed a couple of other means in which divorce was allowed in China in times relatively rooted in the past.

Another unprecedented encounter in the history of divorce occurred in the 17th century when in 1670, the term was perhaps most significantly uttered for the first time after the Henry VIII episode, when a particular Act of Parliament allowed a British MP Lord John Manners to controversially divorce his wife Lady Anne Pierrepont on the grounds of adultery. Following this historical obtainment of divorce, private members’ bills in Parliament soon became a common way to achieve divorces on this ground around that time even when that was quite expensive a process and one therefore that made divorce also a matter of the wealthy. It was only when the Matrimonial Causes Act 1857 came into effect that the ordinary people could also come forward to be divorced, even though the tide was heavily rested in favour of the men in the marriage. Prior to that however, the Enlightened absolutist, King Frederick II (“the Great”) of Prussia brought the crucial element of mutual consent into the realm of divorce through a 1752 divorce law, paving the path for similar such laws in Austria under Emperor Joseph II. France came to follow suit soon after during the French Revolution though divorce was again rendered illegal in the country in 1816. The 19th and 20th centuries came to see divorce being made legal and less complicated a procedure in many countries that enacted their own laws governing the same. But even in the even advanced times of the 21st century, divorce is still not allowed in the Philippines, the Vatican City and the British Crown Dependency of Sark. The Philippines, however let divorces legally happen in cases where the husband or wife is an alien and satisfies certain conditions but not in any cases whatsoever for non Muslim Filipinos.

Divorces sure have come a long way from its nascent origins to its full fledged means of escaping a marriage that is not so much a match made in heaven. But whatever might be the history of it or the advancements made within its sphere that sure has made incompatible unions more easier to break out of, divorces are never without heartbreaks. Some of the most notable divorces in history, from that of Napoleon the Great and his wife Josephine to the infamous Prince Charles- Princess Diana saga and the less controversial but no less whopping fallout of Amazon founder Bezos with his writer wife MacKenzie, divorces aren’t really pretty even when they might not be outright ugly spates of conjugal disapproval. But even in their ill fated occurrence, it would not be wise to write off divorces or parallelly glorify them as well, because every experience of life, marriages included are very personal realisations of conflict as they are of calm. ‘To each their own’ being one of the ultimate ways in which the unpredictable nature of things come to dawn upon us, it also perhaps would be best to let divorces be matters respectfully worked out between those involved in it without letting speculations getting the better of them all.